Solar In Your Home Without Solar On Your Roof | EarthTechling

When San Diego Gas & Electric (SDG&E) began exploring the possibility of developing new solar energy programs, it found that fewer than 30 percent of its customers were able to take advantage of rooftop solar energy systems because they did not own a home, could not afford a solar energy system, or simply did not have the ability to install photovoltaic (PV) panels on their roof because of structural or shading issues.

The first program is a community solar pilot program called "Share the Sun." Under this program, SDG&E will partner with solar developers to offer 10 megawatts (MW) of solar power capacity for subscription. SDG&E customers who participate in the program will purchase a share of the facilities' production capacity, and receive a bill credit for the value of the power produced.

Do not feed subscriber forms to the Elk 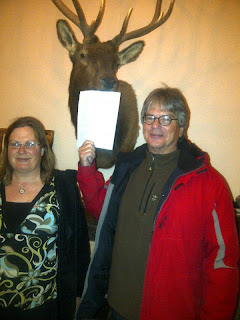 Posted by Joy Hughes at 7:16 PM No comments: 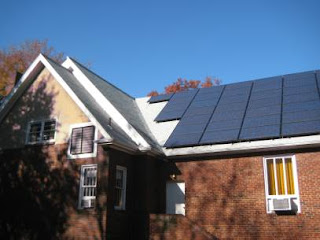 According to Schoolman "It takes a lot of sticktuitiveness to put one of these projects together."

This new bill just crossed my radar screen. We'll be watching this one, and looking for solar gardeners in Virginia. The language appears to be based on the Colorado bill.

There are now 43 communities who are in the process of or already producing renewable energy through co-operative structures. They are set up and run by
everyday people – local residents mostly – who are investing their time and money and together installing solar panels, large wind turbines or hydro-electric power for their local communities.

The report highlights a series of examples. Like Ouse Valley Energy Service Company, which is owned by 250 people who have installed solar
panels on a local brewery. Or River Bain Hydro, which installed a hydro electric power generator in its local river with investment of £200,000 from around 200 people.

The report also shows that together across the UK local residents have invested over £16 million in these co operatives. These range from over £4 million which has been invested by over 2,700 people in Westmill Wind Farm in Oxfordshire, right through to around £38,000 which has been invested by around 34 local residents to install solar
panels on a local primary school in Nayland, Suffolk.

Solar Gardens Offer Solar Power Without the Installation | Get Solar.com

Forbes reports that a new type of solar financing has emerged that could provide an answer for this group. So-called solar gardens take the recent idea of group financing for solar projects and condenses it into a single project. Whereas solar leasing offers homeowners the opportunity to own a solar installation at low cost, solar gardens instead offer just the solar electricity.

The solar installer will build a large solar system on otherwise unused public property, potentially making use of undesirable lands such as landfills, and then sells limited shares in the plant panel-by-panel, similar to the way in which some communities have come to support local farms through co-ops.

While traditionally solar panels have helped reduce electricity bills through net metering, in which the power used by a home or business is offset by the power produced by the solar installation, solar farms instead rely on virtual net metering. In this system, the production of the solar farm is divided by the number of shares and the output in a month is divvied between members based on the number of shares they hold on the account itself.