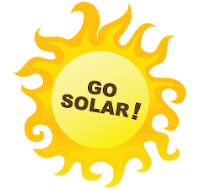 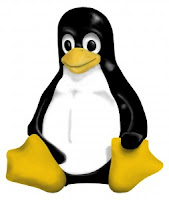 Community Ownership of Community Tools
I want to talk about community based energy development that uses tools that are built and owned by the community.  There's a tremendous spirit of goodwill and volunteerism surrounding small, locally owned power - but not a lot of tools readily available, and an effort fragmented in small start ups and local efforts.

Community solar is an idea that's spreading like wildfire, but it needs something - an open source model that anyone can use.  When I say "open source", I mean the legal documents and contracts necessary to operate a solar garden - building on open source power purchase agreements such as the one released in march by Tioga Energy.  I also mean open source software tools to ease billing for small utilities.  The software need not be complicated - a simple application programmers' interface that developers can build upon would suffice.

The legal documents - structures for subscriber organizations, site leases, power purchase agreements, subscriber agreements, tax credit financing and more - currently take a long time and cost a bundle to put together for each project.  These kinds of agreements are not subject to intellectual property protection - today, they can be licensed for a fee from a vendor, but in the future they will likely be available for free, so long as each solar gardener shares the improvements they make.


A Big, Diffuse Problem
The problem is big and diffuse - hundreds of community solar projects scattered across a couple of dozen nations.  Each nation has its own legal system and its own utility billing software - though I'm sure there are many commonalities.  The resources to attack the problem are big and diffuse too - hundreds of individual "solar gardeners", programmers and web designers, attorneys and tax specialists, spread throughout each state, each country, all over the world.  Resources to attack the problem include NGOs, federal, state, and local governments, private foundations and nonprofits, industry associations, companies such as solar developers and equipment manufacturers, and individual donations of time and money.

So far, we have seen solar developers creating their own tools - and tool makers becoming developers, using them as a competitive advantage.  I know of at least five such efforts, and others must be in "stealth mode", waiting for their moment.  This could easily lead to market fragmentation, or the emergence of an "800-pound gorilla" (a la Microsoft) that would dominate this emerging market.  An open source effort, whether from scratch or by the release of existing code under Creative Commons, will provide a level playing field allowing many projects to move forward, simultaneously, everywhere.


First Step: A Subscriber Organization for Colorado
Stay tuned for the announcement of the first "open source" subscriber organization for a community solar garden - right here in Colorado!  This will allow third party financiers to claim tax credits, and give subscribers the choice to pay a monthly fee or pay for their panels up front.

Call to Action!
So if you are a software or web developer, if you know securities or tax law, if your organization can support this effort, now is the time!  This is a tremendous opportunity for communities to take back their power, and put the panels in the hands of the people.  My email: joy@solargardens.org
Posted by Joy Hughes at 10:57 AM