Are We at the Solar Tipping Point? 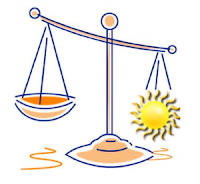 Many claims are being made these days that we’re at the tipping point for solar. The McKinsey report Solar Power: Darkest Before Dawn attributes this largely to lower prices: not only have solar costs plummeted in the last two years, but the cost of commercial-scale systems is already competitive — and for residential customers, leases have made solar much more affordable.
So, are we really at the tipping point, and when will we see the chance for every American to "go solar"?

Getting to the solar tipping point

At a recent EcoTuesday gathering in San Francisco, Heather Kernahan of Enphase Energy asked this question. While most in the industry agree that highly publicized setbacks like the failure of Solyndra are growing pains, rather than indications of solar’s demise, not all agree on where we are in relation to the tipping point.

States like California — which some call “the Germany of the U.S.” — have made great strides in installing solar. But what about places like Utah? Most states still have far to go. And although solar is becoming more affordable, many people still don’t realize it’s a viable option for them. In addition, going solar can seem too complex. That can put off a lot of people who might otherwise be interested.

Now that price has become less of a barrier for many homeowners, we need to remove other obstacles — notably, people’s perceptions of solar. Some possible solutions:
To reach more people, we need to simplify the message. People need to see solar as a simple solution with immediate benefits.

For homeowners with sunny roofs, that may not be hard to convey, but what about the rest of us?

Solar for the rest of us

That brings us to the 75% or so of us who can’t easily go solar now: renters, condo dwellers in multi-unit buildings, or those with shaded roofs, to name just a few. In some states, people can subscribe to power from a solar garden — an installation in a location other than their own roof. But for now, that’s not available to a lot of us.

Right now, we can participate by donating to a number of organizations that provide solar to low-income families, community centers, and nonprofits. In some areas there’s even volunteer work available installing solar panels, which I can attest is a lot of fun and highly rewarding.

Still, those of us participating in that way are likely already solar converts. It’s easy to reach that group, but to spread solar we need to go beyond the choir.

Estimates vary on the numbers of Americans who are “deep green” consumers, whose interest in environmental benefits will override other concerns — but whether that number is 19% or higher, green marketers tend to agree that the best way to reach people is to focus on the issues most relevant to them. And when it comes to participating in solar, for a lot of people that means making it financially attractive.

That’s where organizations like Solar Mosaic come in. When people realize that anyone can crowdfud clean energy and benefit, the floodgates are likely to open.

Finally, we’ll have solar for the rest of us.
This post was originally published at Mosaic on 10/25/12.
Posted by Rosana Francescato at 6:10 PM