The Truth About Solar

There’s a lot of debate these days about the future of solar power. Certain news media outlets who must not be named have brought renewed attention to the issue, likely confusing the public further. I’m here to tell you that solar IS our future. Why? In addition to being an important part of fighting climate change, solar makes financial sense, creates jobs, is abundant, and enjoys widesprSead popular support.

“Wait,” I hear you say, “Isn’t solar just too expensive?” There are so many ways to answer with that, but they all lead to “No, get with the times.” The perception that solar is too expensive is outdated. The current reality: 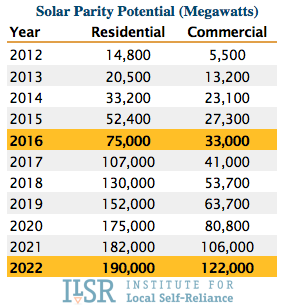