Land Too Dry? Water Scarce? How Solar Solves Several Problems at Once 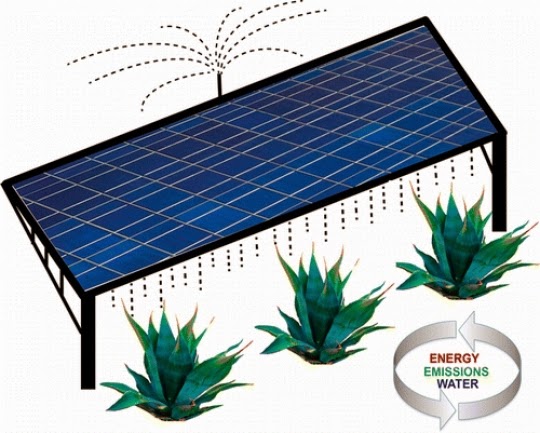 As solar spreads around the country, siting can become an issue. Sometimes that’s resolved by using already compromised land -- we’ve seen solar over parking lots or on landfills, even on some Superfund sites.

Many large solar plants are built in desert areas in the Southwest, which have the advantages of ample space -- often not suitable for farming -- and plenty of sun. Those areas are not problem-free, though.

Researchers at the TomKat Center for Sustainable Energy at Stanford were thinking about this, and they noticed a connection among a few problems:
What, you ask, can those three things possibly have in common?  Read more: http://pvsolarreport.com/blog/item/1677-how-solar-can-solve-seemingly-unconnected-problems
Posted by Rosana Francescato at 1:40 PM