We often hear of a solar project being touted as the first, largest, or best of its kind. It's understandable - people put a lot of passion into solar projects, the industry is competitive - often with little differentiation between developers, and superlatives win press.  The Solar Gardens Institute can help with the fact-checking!

The word "community" itself is ill-defined. Is New York City a community?  Just what makes a project somehow special enough to be considered community-like?

A community solar project might be in a single array or multiple arrays throughout an area. It might be a solar garden - shared solar, operating on a subscription model. It might use virtual net metering to supply people in a given housing complex, town, or utility service area. It might be crowdfunded, with money from many small investors. It might be community-controlled, owned by a cooperative where members have some degree of say.

Some definitions give a size range. Colorado's Community Solar Gardens Act tops out at 2 Megawatts (2000 kilowatts).  California's proposed SB43 places the maximum size for a shared solar project at 20 MW (20,000 kW).  Distributed solar is connected to the distribution grid, as rather than the transmission grid - at a maximum 30 MW.

Here's a tour of a few of the largest, from the largest "largest" project down to the smallest largest project. Please let me know at joy@solargardens.org if I have left out yours!

This is about as big as you can get and still be called community solar. This 144-acre project, built for the Salt River Project by Ibedrola Solar, supplies a hundred schools. Impressive! 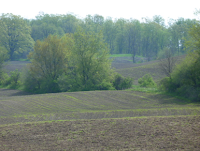 In the solar industry, we spend a lot of time out standing in various fields. This Ontario cooperative has raised CA$200,000, and intends to raise 30% of its money from its members. 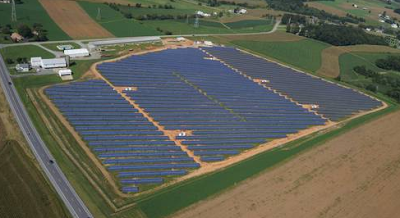 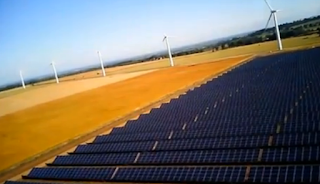 The world's largest cooperatively-owned solar project resides in rainy old England. This really demonstrates how a feed-in tariff or CLEAN program can promote local solar development! Shares in this project sold out rapidly - the project was build by Blue Energy. 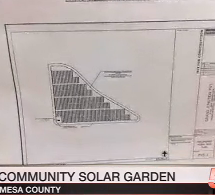 The grandaddy of 'em all, this 2008 project was one of the first solar gardens in America, and remained the largest for a considerable period. The program allows customers of the Sacramento Municipal Utilities District to purchase blocks of solar power which are credited to their electric bills. 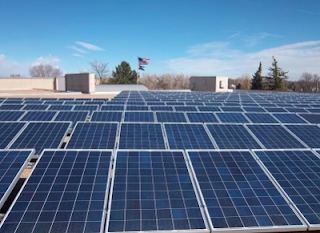 The largest solar garden currently under operation in Colorado, this project on the San Miguel Power Association will provide power to over 200 subscribers. The SMPA Community Solar Array is located on seven acres in the northwest corner of Paradox Valley along U.S. Highway 90, about 15 miles west of Naturita, Colo. Customers in the SMPA territory will purchase individual panels for $705, net of rebates from SMPA. Customer can purchase as few as one panel or enough to offset 100% of their electricity needs, and receive credit for the power produced directly on their monthly utility bills. 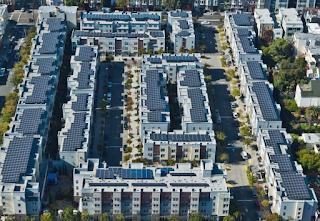