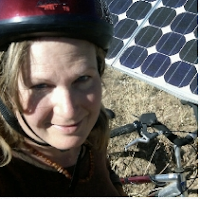 Joy Hughes was living in the San Luis Valley of Colorado, a place with a “tremendous amount of solar potential,” so good that the valley’s residents were being overwhelmed by proposals for large scale solar power plants. One had a “field of things like radar dishes” and another included a “600 foot tower.” The influx of outside companies seeking solar profit led Joy to ask, “Why not just set up solar arrays that can provide power for people in the local community and offset their electric bills?” 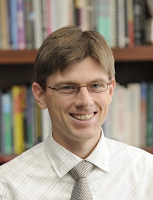 John Farrell is a senior researcher with the Institute for Local Self-Reliance and directs its work on democratic energy.

John is best known for his vivid illustrations of the economic and environmental benefits of local ownership of decentralized renewable energy.

Listen and read more:  http://www.ilsr.org/community-solar-gold-standard-episode-9-local-energy-rules-podcast/
Posted by Joy Hughes at 9:13 AM